poup with stuff in it close
Description

Experience up to 4x Faster Charging for all your devices and never find yourself with low battery again with this super-fast wireless power bank and portable charger.

Enjoy peace of mind of never seeing “Low Battery” on your phone ever again!

This amazing new wireless charger (Qi standard) is equipped with 10000 mAh battery bank. Compatible with any Qi enabled phone. You can choose to use it wireless or via USB cable port.

The era of wireless charging is here and now.

Powerful portable charger that can charge your devices wirelessly! Simply touch your phone to the charger and enjoy cutting edge wireless charging. Never deal with the inconvenience of losing or breaking your cables ever again!

It's fast, convenient, and has a whopping 10000 mAh power bank... capable of charging an iPhone at least 6 times over.

Versatile and packs a punch

The lithium ion battery comes in 10000 mAh  so the charger can give your device many charges.

It has a built-in micro USB port, a USB Type C port, and a normal USB port so that you can charge your devices wirelessly or with wires ( if you have devices that do not support wireless charging )

It has a built-in power display so that you'll always know how much juice you have, and an easy to use power button. 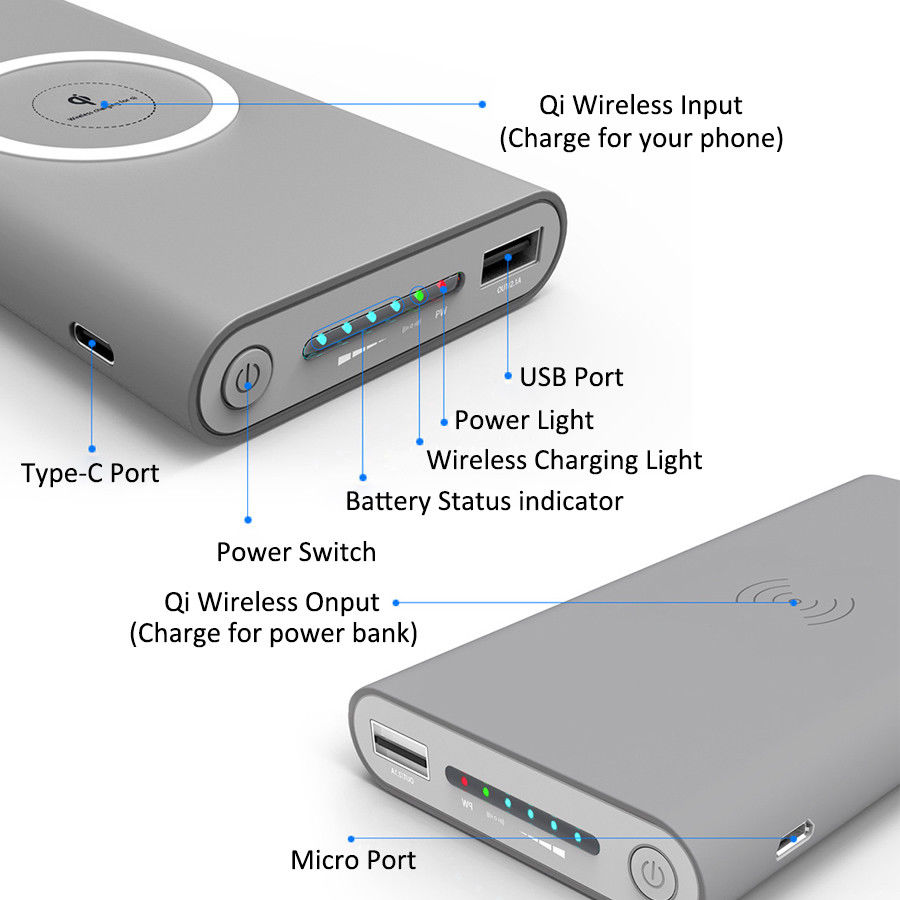 It has a high density polymer core for stable performance and reliable safe, in addition to always providing you with lightning fast charging.

It comes built with temperature and short circuit protection, making it remarkably safe and preventing it from damaging your devices.

There is built-in O shaped anti-slip silica gel ring so that your device doesn't slip off while you're charging, while simultaneously increasing wireless power absorption. 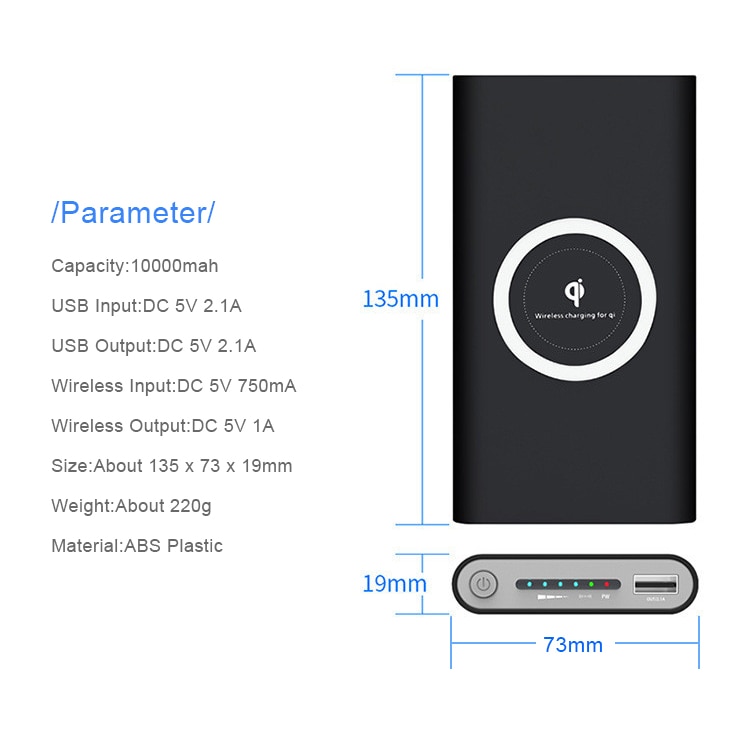 The processing time for the order is same day to 8 days ( depending on the product ). We do not ship out the product on weekends.

* Shipping is Free on most of the products unless specified.